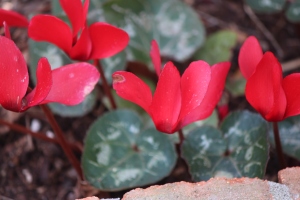 I have not written in over a week, and there is a very good reason for this.  On March 12th, I left for Miami.  I spent a short stint in Orlando, with my parents.  Then I drove on to Miami by myself.  It has been awhile since I drove by myself, and it’s been even longer since I have gone somewhere to further my career.  That is precisely what I was doing, furthering my career…

Let me start from the beginning, before the Air Force, photography, and almost before writing (I started writing in high school).  When I was a sophomore in High School, I was taking a Life Fitness course, and my teacher made me a deal.  She would pass me on the physical fitness part of the class, if I would join High School track.  That was when my love affair with running started.  It was almost 24 years ago.  Fitting that next year I will be doing the 40th Grandma’s, the year I turn 40, and my 25th Anniversary of running.  Anyway, I have run a LOT during the waning years of my childhood, and now as an adult.  I have completed 10 marathons, over 30 half marathons, and too many shorter races to even count.  And now, I will have the opportunity to share that love and passion I have had for running with others.  Yesterday I completed my test.  A few weeks ago I was CPR certified, and now besides my NASM personal training certification, I am a certified running coach.

This is not a certification I intend on hanging on my wall without actually doing anything with it.  I am happy to say that I am opening my own business.  I am in the process of writing a business plan.  I am pricing out insurance policies, building a new website, setting my prices, and making business cards.  My coaching business as of right now is going to be called Buff Chick Running.  The name has two distinct meanings.  The last 18 years I have either worked with, or have been married to an airplane.  It is the B-52.  One of the oldest airplanes in the military.  This word is paying homage to the fact that I am both a Veteran and Military Spouse. These are two hats I wear proudly.  I also consider myself in shape, and buff is a word we used to use to describe someone who is fit.  Chick simply because I am a woman.  I don’t take myself too seriously, and I don’t seeing as calling myself a chick as something insulting or demeaning of my sex.  I see it as a cultural term– akin to Chica, which is Spanish for woman.  I don’t remember much Spanish from High School, so I shorten it to Chica.  I was tossed as to whether to call myself Running or Coaching.  I elected Running, because coaching implies that I want to focus on all forms of coaching rather than just running.

I intend on opening my doors in May or June.  Though I will be doing some coaching of friends and family in the next few months just to practice.  What does this mean for everything else I enjoy like running, photography, etc?!  I will be probably dropping my photography right now.  I will always write, just will be my “night job” instead of my “day job.”